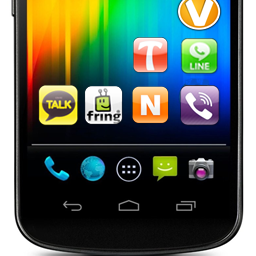 Skype for Android offers you a way to make free voice and video calls to other users, and lets you save money on your phone bill by enabling cheap international calls. It’s great when it works, but the latest version of the app is quite buggy. It can drop calls, hang up automatically, fail to log you in, and resize video wrongly, among other problems reported by users.

If you’re fed up of problem calls with Skype then perhaps it’s time you tried a different chat app for Android. There are lots of different applications that let you talk via voice, video and text on your Android phone. Here’s a selection of some of our favorites. All are free to download from Google Play.

fring is one of the longest running competitors to Skype. It once allowed you to make calls to your Skype contacts through the app, but now you can only call other fring users for free. You can also make cheap calls to landlines and mobiles using the very competitive fringOut service.

The best thing about fring is its group video chat, which offers split-screen chatting with up to three other people on your Android device. However, it’s a little light on other features, and the user interface is uninspiring. 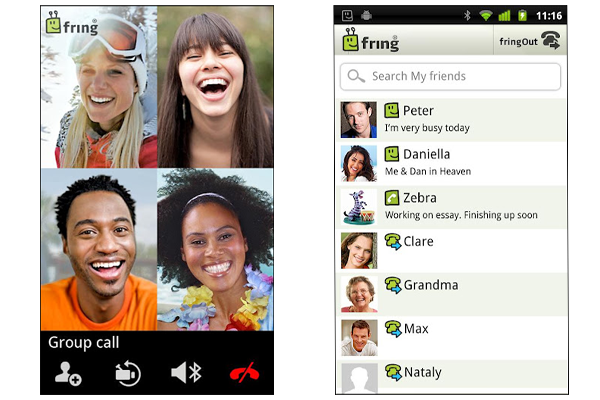 One of the most popular apps on the entire Google Play store, Viber lets you make free calls to anyone else who has the application installed. The audio quality of Viber calls is generally very good compared to its rivals, and making calls through the app is very easy. All of you phone contacts using Viber are automatically displayed in the contacts list. On the downside, there’s no video chat facility.

Cons: You can only call other viber users, no video calling 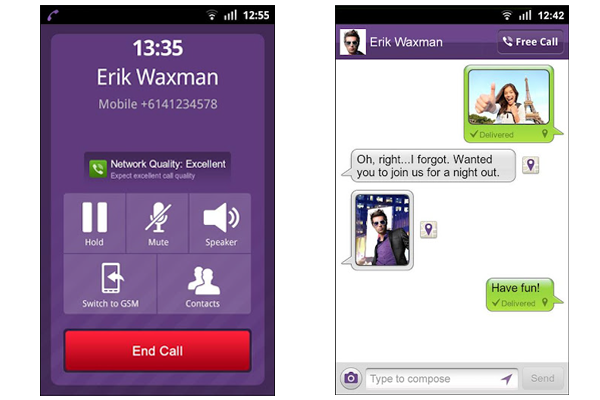 Tango Video Calls lets you make free video calls, voice calls, and even send video messages to your buddies from your Android phone. You can record video messages and send them to multiple users from your contacts list at the same time. Unlike Skype and ooVoo, there’s no PC client for Tango video calls, which is a shame because it would make it even easier to stay in touch with friends and family around the world.

Tango Video Calls is a little lighter on system resources than many of its competitors, and it won’t put such a burden on your battery. However, the video call quality doesn’t seem as good as Skype for Android. 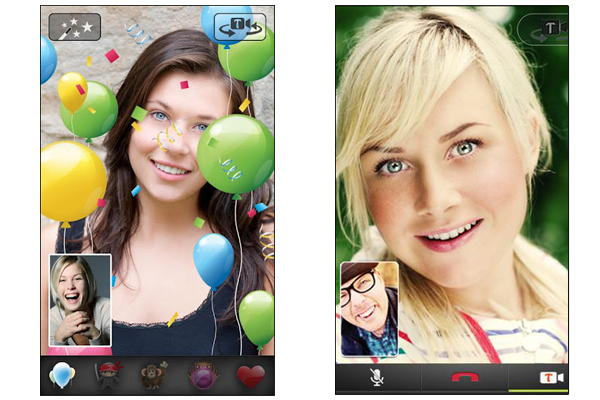 KakaoTalk is an excellent chat app with some fun features that you won’t find in other clients. It lets you apply a filter to your voice that makes you sound funny when you talk to your friends on it, which is hours of fun. KakaoTalk includes the ability to connect with celebrities via the ‘Plus Friends’, a Twitter-type feature where you receive text updates from your idols.

At the root of KakaoTalk, of course, is free calling – and it’s something the app does very well. Calls are very simple to place, and you can send photos, videos and voice memos to your contacts.

Cons: Voice memo quality not good, you can only call other KakaoTalk users 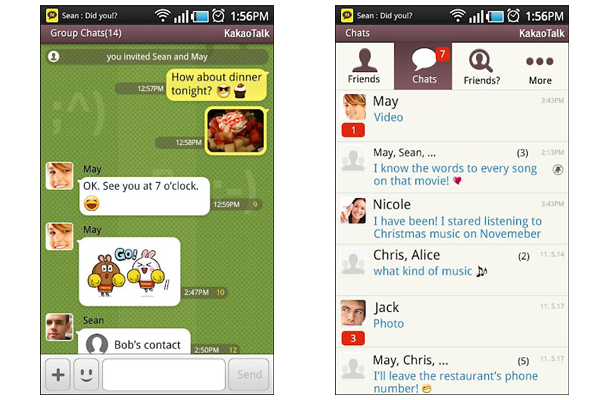 LINE is great fun to chat with, since it allows you to send photos, stickers and emoticons to your friends. There are lots of these images to choose from and you can really personalize your chats by purchasing more through the app. Voice calls to other LINE users are free, and there’s a chatroom feature, where up-to 100 people can get together and talk at the same time.

LINE is a promising application, though we feel it needs some refinement and tweaks in order to improve the overall user experience. 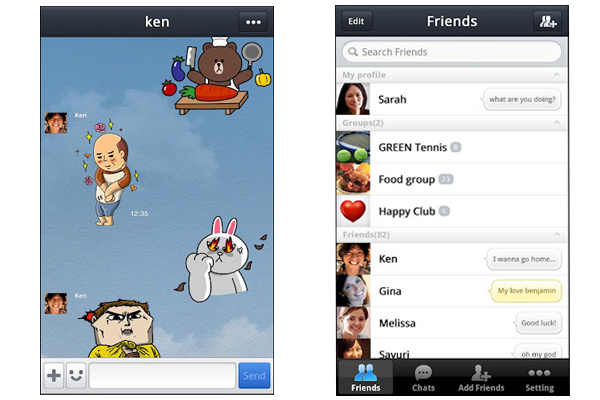 If you like to make video calls on your Android and have a lot of friends, ooVoo is well worth checking out. The app enables 12-way HD video chatting, allowing you to make video, voice or text chats with up-to 12 people. There’s a desktop version of the software too, so the people you’re talking too don’t even need to have a smartphone. ooVoo has its own outbound calling service, offering cheap international calls from your Android phone.

Reports from users on Google Play suggest ooVoo can be buggy, and the audio and video quality isn’t always that great. 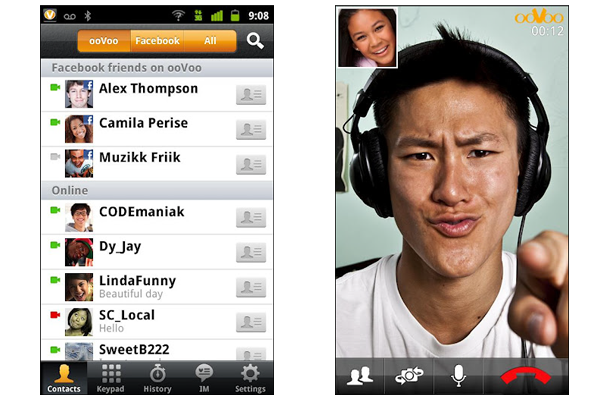 Nimbuzz is another app that has been around for a long time on a multitude of different OSs. Like fring, it used to include Skype integration but now it’s been removed and thus a lot of the app’s potency has been taken away. That said, Nimbuzz does integrate your contacts from other chat and social networks such as MSN, Facebook, ICQ and more.

Besides phoning other Nimbuzz users for free, you can make calls to any mobile or landline using the NimbuzzOut feature. There’s no video calling or file sharing in Nimbuzz, so it feels a bit limited. 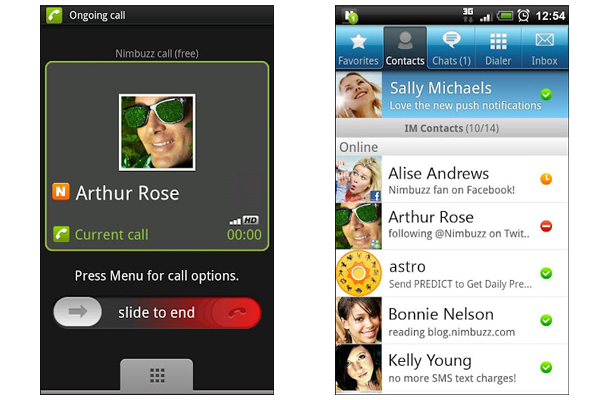 What each of the services can do

Here’s a quick overview of which key chat features are included in each of the applications featured in the article:

Here’s a comparison between the call rates of the VOIP apps for Android that have cheap outgoing calls. We’ve given examples here, but click the link on the app name for the full pricing for each service. All prices quoted here are based on the minimum call rate for that country listed by each service. Prices are in US cents per minute.